I was happy and relaxed, riding my bike in a paradise like perfect afternoon when I suffered an attack; coming from nowhere a thought hit me like a stone, "my loneliness is immense”…those words echoed in my head like trumpets. I stopped for a second in disbelief and shouted back: nooooo, it is not, this is not the truth, what are you talking about? Then I ran to destroy the thought before it hijacked my whole mind.

When I noticed the loneliness for the first time it was silently accommodated at the right top corner of the room. I was around 16 years old and I can still remember the devastation caused by that transcendental encounter: I saw a being, hanging itself on the right top corner between the wall and the ceiling. It had this partial expression that I could not identify right the way. It was trying to communicate something, and it kept looking intensively as if it wanted to hypnotize me.

I was mortified that it was trying to stick its ideas in my brain, and, without explanation it stayed there, staring with those uncomfortable eyes until I was full of confusing thoughts and could not look for to make any sense anymore and accepted the idea of loneliness over me.

Acknowledging it, giving those feelings a room, was creating a kind of invisible fence, and more I perceived it, more the distance between me and everything and everybody else was enlarging. It was there to allure me to believe I have departed from the life as I knew and have been inserted in a strange new world without exit doors.

Took me long time and years of wondering about that expression and I am stunned that I just understood…it was sadness, and it was there to hurt me…but what deceived and blinded me up was the fact that it was so brief and instantaneous, it was a just a bullying printed in my memory with the intention to pop up as many times as possible to maintain me on chains.

Imagine my surprise seeing that thing, looking forcibly at me, with those avid eyes, terrifying me with the surprise of the show…It was long time ago, at the time I had just find the door to exit years of darkness. In shock by the subtle vision I tried to ignore it, but, for that moment, it was too late, it was already there, accommodated right inside my very world. This kind of living things that hide themselves in another dimension and hang unperceived in one’s life can never be discerned with our normal eyes and can only be revealed if perceived…

But now, everything is different. “I am not lonely anymore” I whispered firmly. The brain listened, quieted up for a millisecond and answered back with millions of files from my memory were I could see me winning over the feelings and actions of solitude, hundreds of images of people loving me and smiling at me popped up and most important, the conviction that I was free from the desolation of the thinking that I was still lonely in the universe was gone; the destruction of that thinking process was finished, that thing has no power whatsoever over me anymore. I made the brain create a visual of a document in which is stated that I had overcome loneliness, it is like a written document of deliverance, available to be brought back to my thoughts as many times as I need to. It is like my ID or any other document, I had this one more, but in my memory…do you want to go play?

I just realized that strange something that I glanced at the corner of my past is not anywhere to be found. It does not exist anymore, it is gone…what is happen. 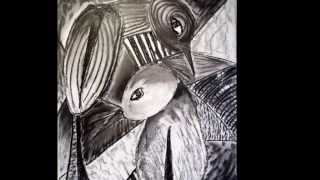 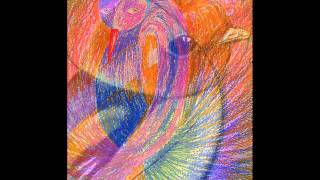